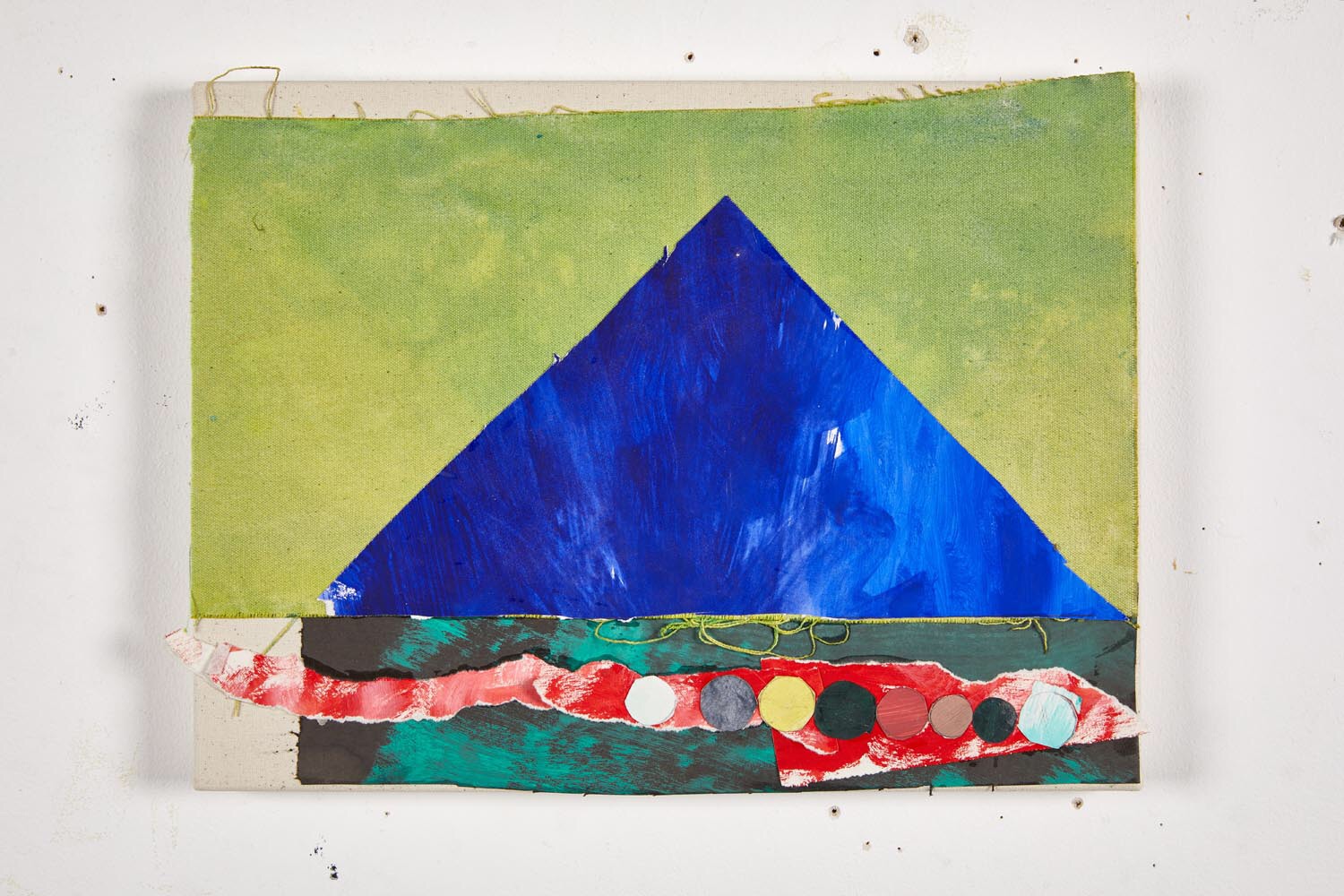 His collages suggest a work from the minimum and the vulnerable. A work, however, meticulous, that in small spaces and with actions that are not always evident, calls into question even the limits of the pictorial discipline itself.

His fragments of canvas painted and pasted on the canvas itself function as planes of color and are halfway between patchwork and painting. Irregularly shaped adhered fragments that maintain a memory of the previous space they occupied. Fringes and remnants of the cutout make the viewer aware that what happens on the canvas is a collision of different contexts. A collision of universes that, however, in the pictorial space, are articulated to generate a complex visual experience, dominated by the fragmentary, the unstable and the contingent. And above all because of the contrast between the appearance of neglect and precariousness, the meticulousness with which the work has been carried out.