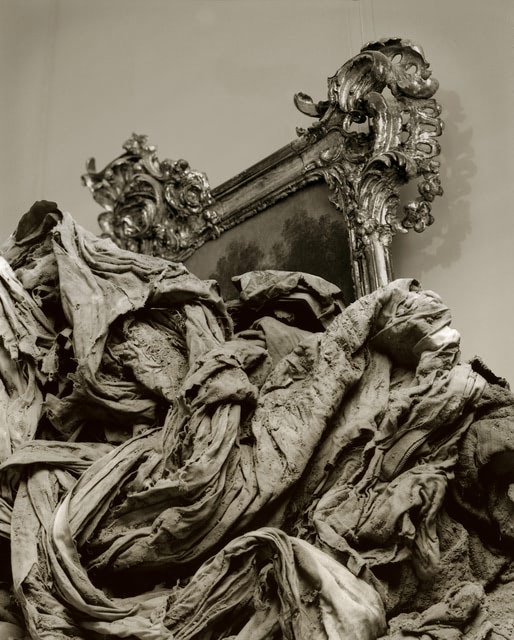 The work of Pablo Genovés focuses, from the first babbling of his work, on the use of anonymous photographs and old postcards, from the late nineteenth and early twentieth centuries, digitized. From them, he develops his creative experiences with a common denominator, the presence of emphatic architectures and symbolic places, such as churches, palaces, cathedrals, libraries or theaters, which take on a different aspect after his intervention. These representations, halfway between analog and digital, are manifested overwhelmed by natural phenomena, whose critical positioning is related to the exploitation of resources and the footprint of human activity in nature, exposing a series of ecological disturbances, of important impacts, which denounce the current situation.

(From the text “The threshold of the weather”, Isabel Durante.)