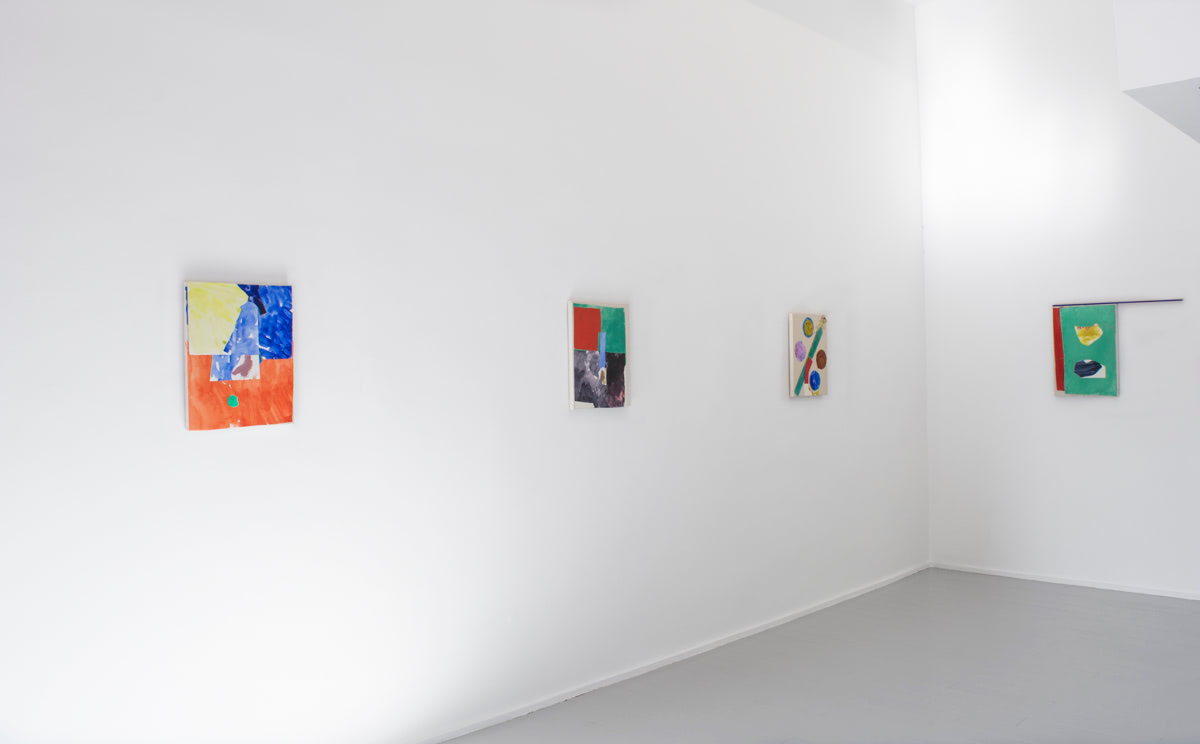 Corby’s artworks represent a complex tension between geometry and gesture; by relating different masses of color he is able to generate a subjective syntax, as a result of the artist’s own conception about reality. This particular language, codified through the technique of collage, alludes to a textual painting: as if it was a metatext
flying over form. As Alberto Ruiz de Samaniego points out, a bigger text that no longer handles formal affiliations, but also supports a whole range of spatial, referential, social, narrative, and instinctive devices.

At the same time, this text imposes limitations to itself- such as the flatness of the canvas, the frontality, or the cut- as if in, a loose manner, there was an interest in achieving the formal autonomy that Greenberg claimed for painting. Corby also pursues a process in which repetition serves as a tool for gaining knowledge. He will repeat a form, a mark, or a gesture within the conventions that he establishes according to his own rules-, and will leave a tiny space to chance, to a controlled indetermination, an irrationality that will soon return to the molds that the artist had previously planned.

Lawrence Corby was born in Nottingham, UK, in 1970. I have studied at Central St Martins (1992) and the Royal College of Art (1995). He held his first exhibition, ‘In Love with Europe’, with David Risley / The Zwemmer Gallery, London, in 2001. His work was first shown at Art Nueve in 2009 in the exhibition ‘From London’. ‘Stand by Me’
will be the fifth solo presentation of his work, and the second in Spain with Art Nueve.
He lives and works in London.