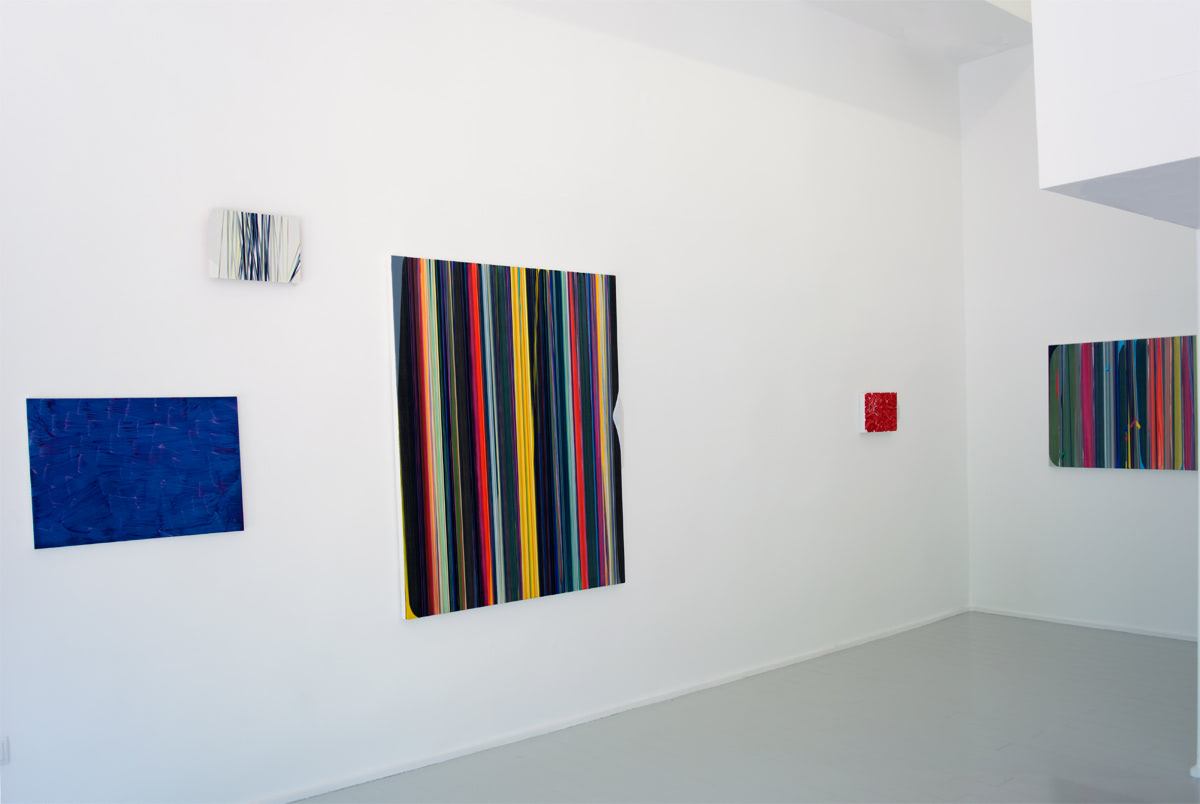 José Piñar’s work establishes a balance that oscillates between two well differentiated points. On the one hand, it exercises what we could call ‘meta-painting’, the study of the discipline itself and the analysis of its tradition, of the elements that configure it as’ the frontality, the composition, the flatness, the trace or the arrangement of the matter. As if it were a nod to Clement Greemberg’s approaches, he analyzes the formal elements that define painting, its history, and doubts its overflow, its limits, paying attention to the relationships it establishes with the world or with the possibility of their autonomy.

And on the other hand, it alludes to the chance that each of the pieces involves, letting the unforeseen settle on the canvas, embracing eventuality and error. Two points of view that go from the intellectualization of painting, let’s say in a ‘conceptual’ range and its counterpoint, a sensitivity that emanates from entropy.
He himself defines it as: “When I work there is always a kind of conceptual element that dialogues with those lines and those shapes. But it is difficult to know if the action comes first and then comes a certain conceptual reflection, or if it is completely the opposite. I think my work fluctuates precisely in the interaction between the two. The way of approaching the painting thus responds to a general idea that influences how that painting will work individually and also within the flow of a group of works ”.

For Piñar, each piece is a unit that maintains its independence but that, at the same time, is part of a compositional set, and in these tensions, in the contrast and in the apparent differentiated formality, it finds its meaning. Piñar’s works involve complex balances between geometry and gesture, giving rise to the development of his own language, a particular syntax, an intratext that we have to read to understand his work.

This linguistic game flies over his entire work, an intuitive observation of reality that opens up a new field of interpretative possibilities of it, with the tool of painting in a discontinuous, fragmented state, but at the same time sewn together by an intense affective continuum.

Jose Piñar
Granada, 1967.
Graduated from the Alonso Cano Faculty of Fine Arts of the University of Granada in 1990. That same year he held his first individual exhibition in the Lower Room of the Palacio de los Condes de Gabia in his hometown, which was followed by more than thirty individual exhibitions in his twenty-five years of professional career.
He has also participated in various groups in galleries and institutional rooms, obtained awards such as the Ibero-American Cortes de Cádiz Award, the Cajamadrid Award for Painting or the Plastic Arts Award from Caja San Fernando (Seville), and has received scholarships and institutional aid that They have allowed him to expand his training with stays in Rome (Accademia di Belle Arti, 1992), Havana (Instituto Superior de Arte, 1998) or Berlin (2007).
His work is present in various collections, including the Reina Sofía National Art Center Museum (Madrid), the Bank of Spain (Madrid), the Andalusian Center for Contemporary Art (Seville), the Granada Provincial Council or the Unión Fenosa Museum of Contemporary Art (A Coruña).