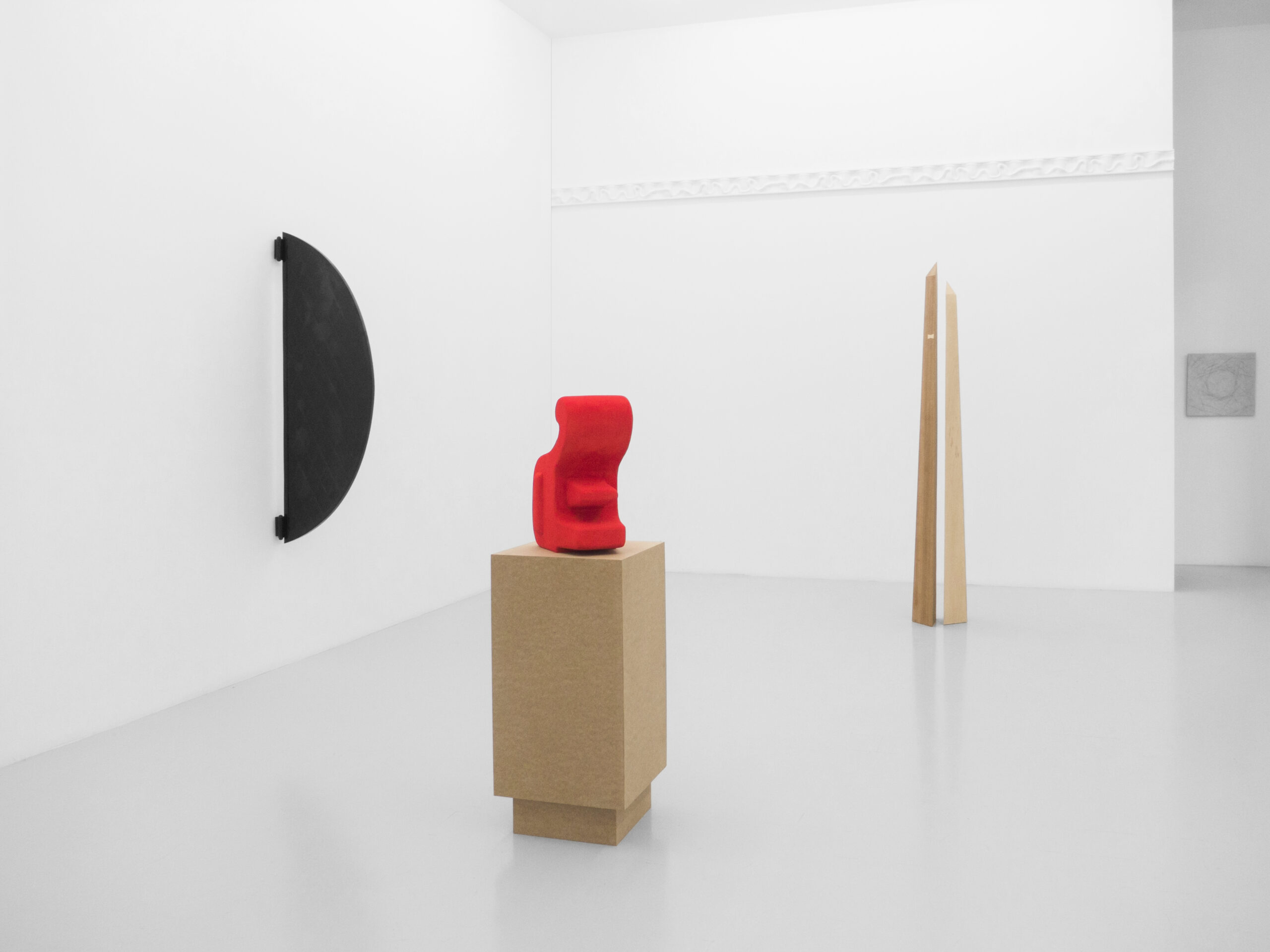 In the work of Álvaro Albaladejo (Granada, 1983) the eye is always bursting. Through a series of hallucinatory technologies Albaladejo throws perception against its limits. In order to attack the eye, the artist introduces in his sculptures a series of devices that alter the apprehension of the work, causing not only strangeness, but even experiences close to vertigo and disorientation. This centrality of the physical aspect of vision in Albaladejo’s work is related to an underground genealogy of artistic modernity, one that goes from psychedelia to experimental cinema, and which not only postulates that there is no neutral position from which to approach the visual, but rather on the contrary, the lack of disturbance that distance observation presupposes is already historically conditioned. Hence, this radical critique of the retinal operates through the confrontation and subversion of normalized visual experience. The eye plunges into Albaladejo’s sculptures, fascinated by the network of spectral shapes and optical effects. In this way, besieged by paradoxes and contradictions, the gaze is shipwrecked and, in the vertigo of the fall, the very act of seeing becomes thematized. Ultimately, what Albaladejo shows by exploding the visual field is the fragile border that separates material from psychic reality. In this sense, Albaladejo is a sculptor not only of the perceived object, but of perception itself.