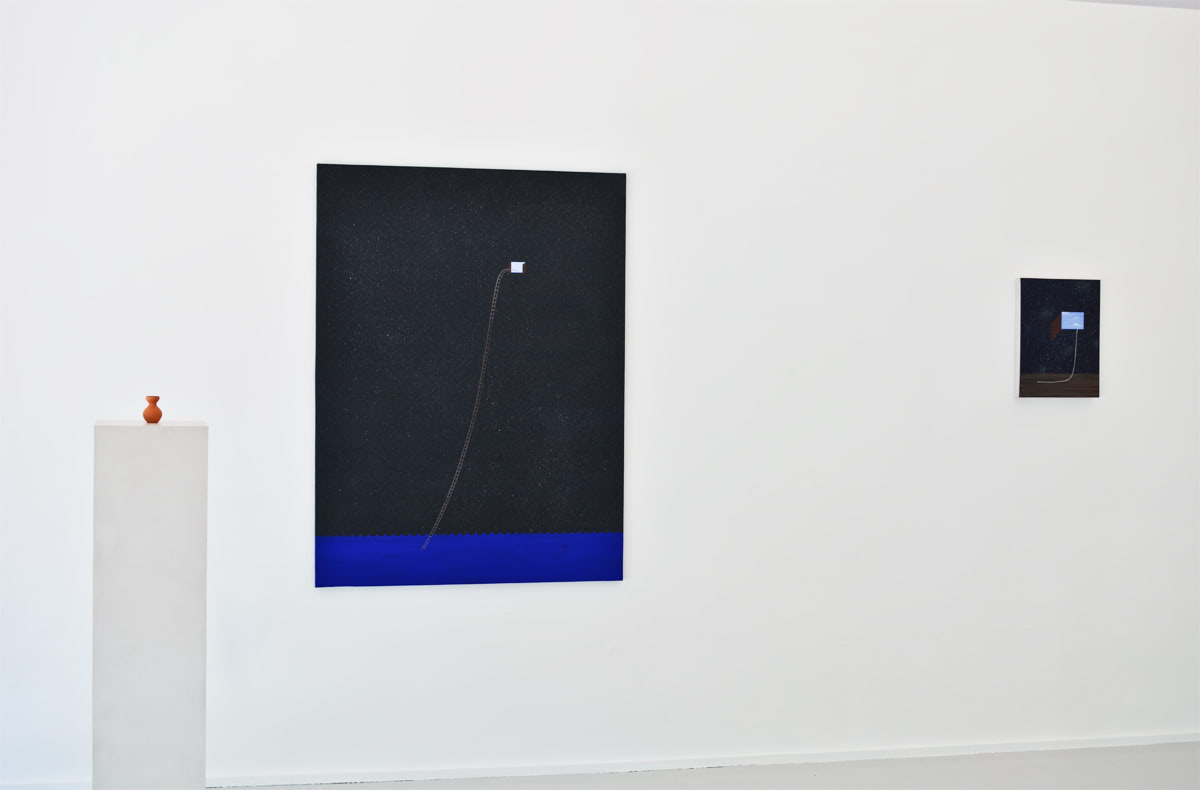 The Artnueve Gallery is pleased to present the project, “Rumiante” by the artist Aitor Lajarín.
This is the third solo show of the artist at the Artnueve gallery.
Starting from the discipline of painting, Lajarín presents a series of works under the illuminating title of “Ruminant”, trying to make the viewer stop at signs that usually go unnoticed.

His work is framed within the limits of the representability of the impossible, of the emergence, not only of showing what in some way seems hidden, but of trying to give an intimate and personal version of the world, generating another at the same time where experiment multiple ways.
His painting is not only a testimony that registers the traces –as a material part of the evidence–, but a symbolic expression in which to reveal what, in principle, cannot be revealed.
It conceives unusual and mysterious spaces with its own language. Rumination is to meditate, reflect or plot.
His work has the virtue of catching us, they are extremely static scenes that, however, we know are the result of a repetitive impulse, of a calm but continuous action.
The artist is the ruminant himself, and his paintings are the unsuccessful attempts to digest reality, to assimilate existence, humorously but with irrefutable seriousness.

Likewise, he has worked with various galleries exhibiting individual exhibitions at Art Nueve (Murcia), Trayecto Galería (Vitoria) or Parra & Romero (Madrid) and has participated in collective projects all over the world. He is currently preparing an exhibition at the Heritage Square Museum in Los Angeles.

His work is part of important public and private collections, of the collections of museums such as the Artium or the CAB of Burgos and of prominent foundations such as Ibercaja, CajaMadrid or Bilbaoarte, among others.