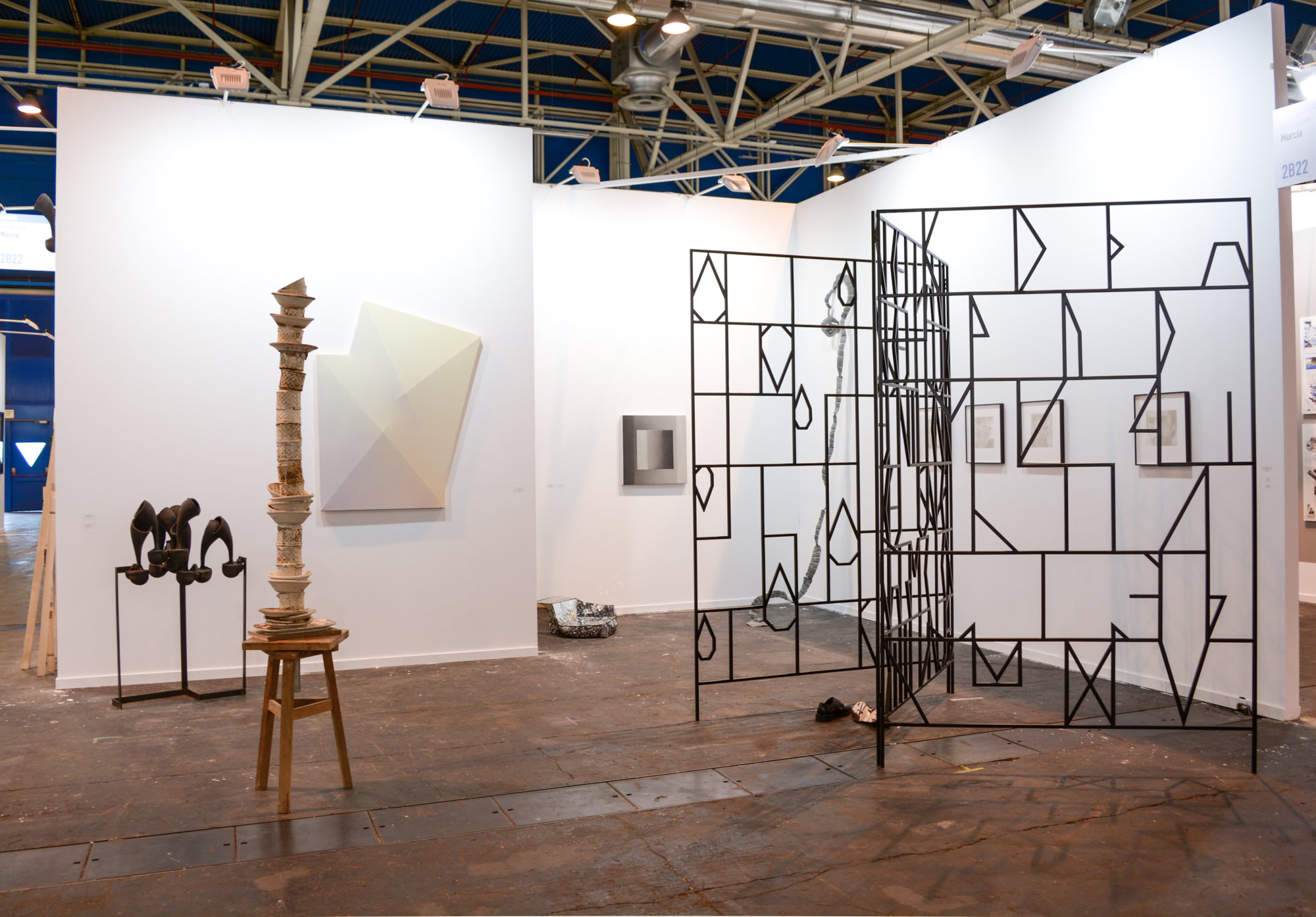 The concept of uncertainty articulates a large number of contemporary artistic constructions and the same occurs with the works of Javier Pividal, Pablo Capitán and Mark Hosking, artists that we present in this edition of Estampa. Starting from the singularity of his proposals, they all converge on the idea of uncertainty as a fundamental element that governs his works.

In the case of Pividal, uncertainty structures his creations of geometric aesthetics that they hide, encrypted as a secret, texts and slogans, becoming a figure and a body. Writing-bodies assembled in iron, lead, ash and paper.

In Captain’s proposals, the interest in chance and the expectations that articulate the relationships between the laws of physics and the poetic connotations present in the materials are manifested, resulting in unstable constructions, which in an almost organic way compose its pieces.

Mark Hosking proposes an investigation around the classic concept of duality. The forms of marked organic character are witness to a melted tension of opposing states. The positive and the negative, the presence and the absence, the being and the non-being that introduce uncertainty in some mirror pieces that have just exploded. 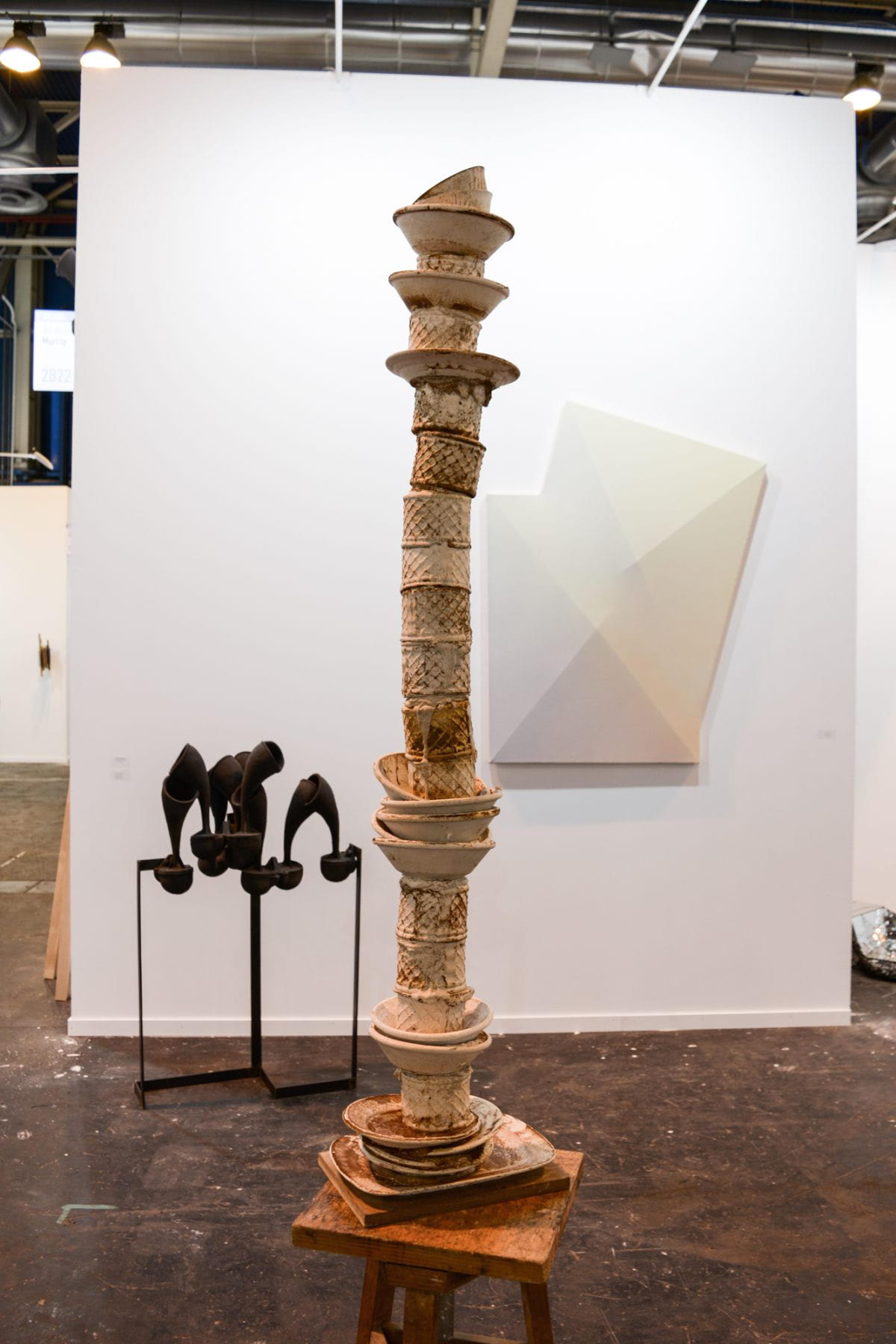 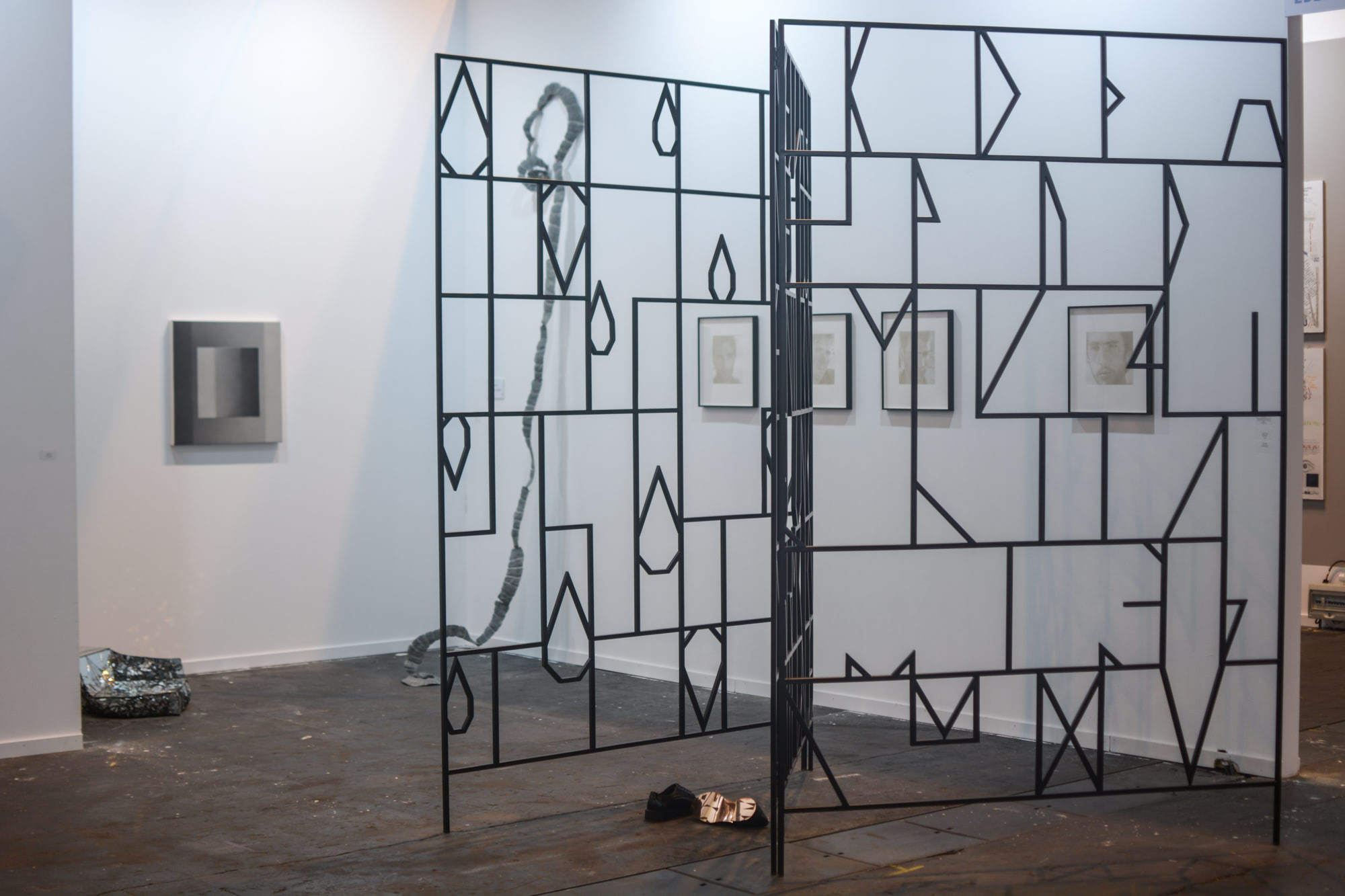