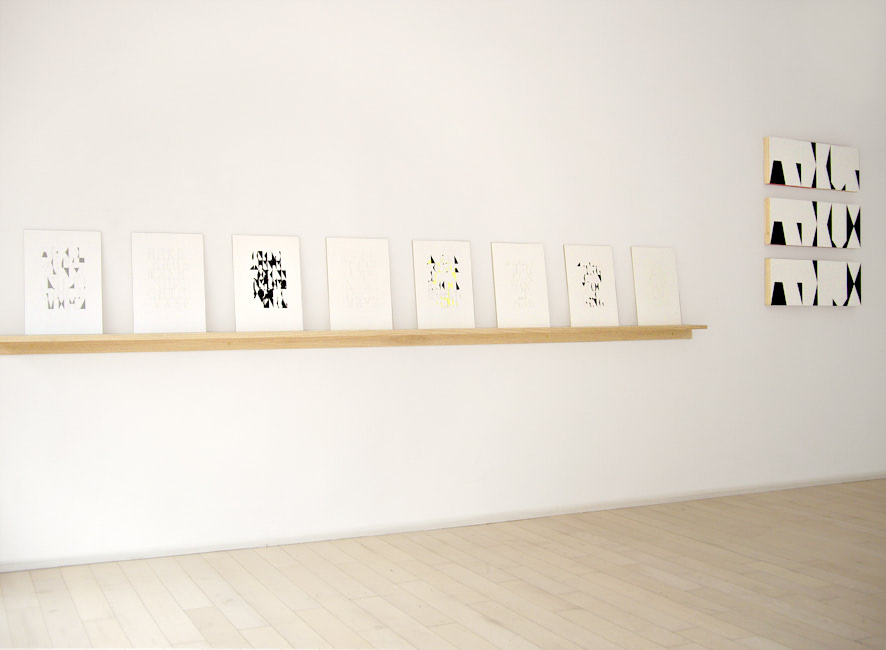 Bodies and words are two sides of the same coin, two ways of dealing with
to the world, and when I say world I mean perceptions, sensations,
feelings and emotions that build it. And I say emotions as long as
situations or states, in a certain way ineffable, that every time we try
trapping in the cage of words or in the actions of bodies – or of the
images of words and bodies – end up blurring until no
never get to see them faithfully represented.
Bodies and words thus navigate in an intermediate point, between fragments
of a memory partly own and partly collective, and a present subjectivity
that we constantly try to verbalize, as if that serves to
explain (to us) what we feel, what we do or what we stop doing.
And it is in that intermediate state, halfway between the experience of the body and
the attempt to rationalize words, where the forces that
make up our particular universe, so that it is not possible to know whether
represent what we feel or if, on the contrary, we feel what bodies and
the words of others represent for each one of us.
There is something dark about those rescued portraits of Jean Genet, Mishima and Pasolini
as there is behind the neat and impeccable surfaces of Écrire’s writings
blank. A cloudy background that stirs acts, bodies and words polluting
any representation both of their lives and of many other possible ones. His
single presence activates for an instant their bodies, their pasts and their memories,
but also ours. They are bodies loaded with experiences and associations,
bodies / contexts that tie together the different cultural, sociological and
biopolitical in a look and in a pose, in a being there. Through their
surfaces we access an abyss that confuses these memories found
with their own, the experiences read with the lived ones, the wishes heard with the
senses. Perhaps it is on those surfaces where what we cannot condense
narrate, what in many ways they are / are but which is impossible
finish specifying.
Bodies / Word seems to place us in these ins and outs of memory and
experience, between scriptures and bodies – bodies that have been written,
texts that have been the body – to make us go through the scene while the
Thoughts resonate like a voice over. And it does not matter that the bodies
are others or that the words are borrowed, because we end up dumping on
they their own.

EPILOGUE
Ash Beach is, from its title, a short story where not one converge,
but multiple stories. Something burned, and from that fire only the
frozen moment of the morning of November 2, 1975 when he
found the dead body of Pasolini. Just? Again, the surface
presents what cannot be represented and condenses the reverberations of
facts whose scope ends up not belonging to anyone in particular, and
affect, on the other hand, anyone who looks out and lets himself be soiled by
the ash.
To recover the image is to enlarge its noise, to propagate like an echo a sound that
bounces off the walls of what was seen and what was said to end up doing
vibrate ours. It is to make a past our present by rescuing what is
we are in that scene. Ash Beach is the end of a story, but
It may also be that the starting point of others, makes the beginning an end for
show us that these limits were never so clear.
Madrid, February 2013.
Roberto Gonzalez Garcia