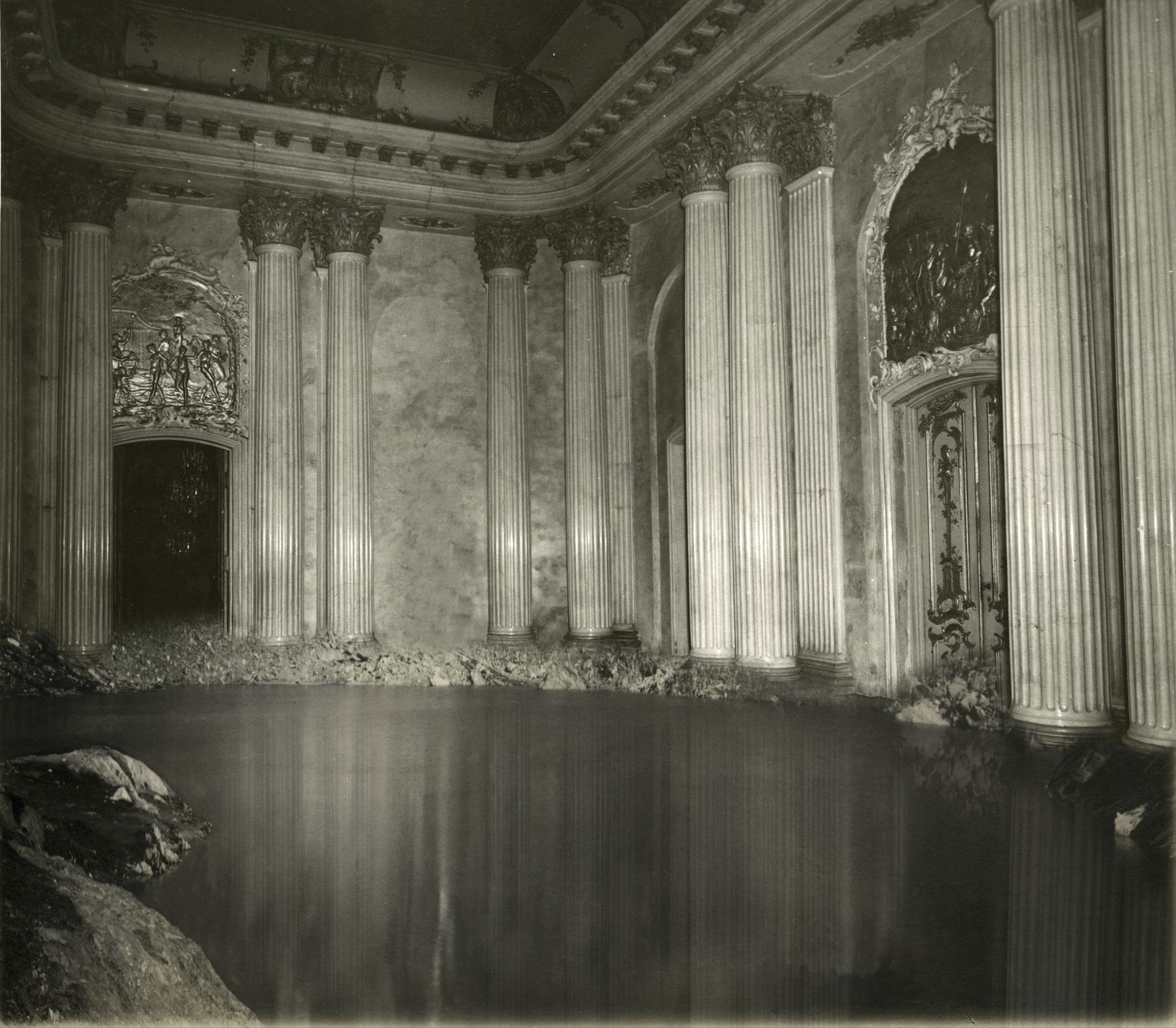 Precipitates The alchemy of time.

Culture conquered by nature, or nature imprisoned by culture?

In Pablo Genovés’ images, the struggle between the two has become eternal, and it is no longer possible to discern who is attacking whom. The struggle for the appropriation of space leads to scenes of destruction, the end of an era, winking at the catastrophic omens that today, more than ever, sharpen the collective imagination. In turn, these images come from pre-existing realities: old prints that the artist rescues and transfigures, releasing the photographic image from its eternal validity, endowing the elements of the past with a new capacity for evocation.

Precipitate proposes a farewell trip to everything that was once an emblem of our achievements. The physical destruction of these spaces is nothing but the materialization of a previous destruction, -current and ours-, whose signs are as hesitant and ambiguous as the veracity of an old print.